After the success of our latest Harvest Day last weekend I thought it was about time we took a closer look at our lesser-known variety.

The hungry masses queued up to taste the delicious pairing of Francisco’s Paella with our Tempranillo (see last week’s post to find out why they go together so well).

What is Tempranillo and how do I pronounce it?

Tempranillo is the dominant variety found in a wine region of northern Spain called Rioja. Given its Spanish origins, where a double “l” is pronounced as a “y” sound, the correct pronunciation is Tem-pra-nee-yo (but we’ll forgive you if you order a tem-pra-nill-o!). The name comes from the Spanish word, temprana, which means early, referring to the fact that it’s an early-ripening red variety.

The vines are particularly suited to relatively high altitudes, but it also can tolerate a much warmer climate. Tempranillo vines can grow quite vigorously. Therefore, the vineyard manager needs to carefully manage the crop to avoid over-cropping and excessive vegetative growth. 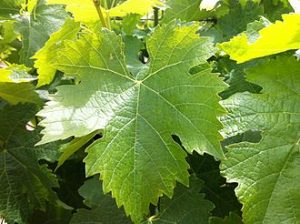 Tempranillo has only been planted here since around 1994 with two of the first producers being Brown Brothers in North East Victoria and Yalumba in the Barossa. Since then, Tempranillo has been planted in many regions across the country, all with relative success. It was first planted in the Adelaide Hills around 12 years ago.

The noble grapes are 18 varieties of red and white wine grapes that define the complete range of wine flavours. They are most recognizable for the top-quality wine they produce and are said to retain their character no matter where they are planted.

The 9 red noble grapes from lightest to darkest are:

Tempranillo grapes produce dark wines with aromatic fruity characters. The tannins are soft and sweet and become very smooth in the barrel. They are typically medium bodied with a weight similar to Cabernet Sauvignon or Sangiovese.

Tempranillo is characterised by flavours of blackberry, black cherry, raspberry, vanilla and clove.

We are currently pouring our 2014 vintage tempranillo at the cellar bar, but with only a handful of boxes left the switch to 2015 is imminent!

Now that the weather is cooling down, it’s a great time to get stuck into a Tempranillo or two.  We’ve been tasting a few Spanish Riojas (which are predominantly produced from tempranillo) and they make an interesting comparison with ours.  There is a definite similarity of style between our Adelaide Hills wine and the Spanish.  They both have great complexity of aroma and flavour, and they both have a very soft tannin structure that creates a silky feel to the palate.  They are not really big, rich wines, but are more elegant without sacrificing flavour and “warmth”.

I might say that the Tempranillo has changed just a bit from when we first released it in September, 2016.  It’s continued to mature and develop more complexity, and it is definitely softening all the time.  It suggests to me that it still has some softening and maturing ahead of it, and I think it will be at its absolute best in another couple of years, so definitely a wine to have in the cellar.

It’s worth tucking a bottle or two, or maybe a box, away for the future. I’m certainly going to!

You heard it… if you haven’t already got some of this tucked away, now is the time! Get in quick before it’s all gone.

Email us your order today – club@somerled.com.au

Colour:  Both are deep in colour, with the 15 being a little denser and slightly more youthful than the 14.  The 14 is starting to get a few aged tints about it, and that will keep happening slowly…

Nose:  They both started out with prominent blackberry notes and the 15 still is, to me, really nice young fruit, whereas the 14 has moved further along, showing some lovely savoury refined characters, and not so much fruit.  The 14 is seeming quite European to me and really benefiting from all the racking and returning when in barrel.  The 15 will go down similar lines with the fruit merging in with the secondary aromas as time goes on.

Palate:  Both are medium to full bodied and both have a nice mouth-filling texture. The 15 appears a little softer than the 14 and is already rounder and a touch richer in flavour.  The 14 has a bit of an edge in complexity on the palate and is definitely showing more maturity.  I love the way it’s developing.  The 15 is quite generous in flavour, maybe has more obvious “warmth”, and has great length, possibly because it’s McLaren Vale whereas the 14 is Adelaide Hills.  They’ll both develop really well in the cellar for a number of years…they both have a nice supporting tannin structure that’s necessary for bottle ageing.

Do you enjoy a glass of Somerled (or dare I say it… someone else’s) Tempranillo? Tell us what you think in the comments.